His support for the further development and strengthening of Equestrian Sport in Crete was expressed by Stavros Arnaoutakis, Regional Governor of Crete, to the representative of the Hellenic Equestrian Federation and the Presidencies of the Cretan Equestrian Clubs at a meeting held in his office on December 20th.

At the meeting in the Region the HEF's representative together with the members of the bureaus of the clubs from all over Crete informed the Regional Director for the equestrian sport on the island, for the work done, the needs that exist and the possibilities for further development. In turn, the Regional Governor promised financial support for the supply of important technical equipment to improve and facilitate the organization of equestrian competitions especially in the Region of Crete, and more specifically for the purchase of stables for the horses to host the competitions and a timer.

As mentioned in the meeting, from 2016 onwards in Crete, under the auspices and technical and financial support and supervision of the Hellenic Equestrian Federation, the equestrian sports of jumping, dressage and Paralympic riding are under way. In the year 2019, two endurance competition will be held. Within this short period of time and with the support of HEF, the island's potential for horses and horsemen has made Crete the most dynamic development region in terms of development. A confirmation of this collective effort is the victory of the Plakias Equestrian Club at the Regional Development Competition in the recent Pan-Hellenic Games of December 2018 in the indoor arena of the Olympic Equestrian Center in Markopoulo. 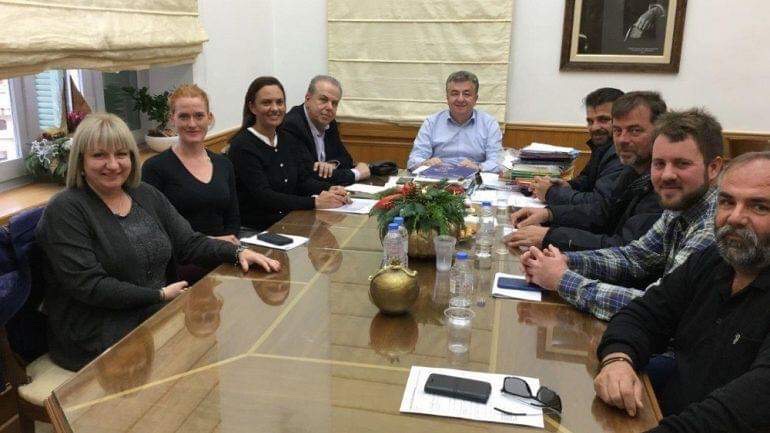